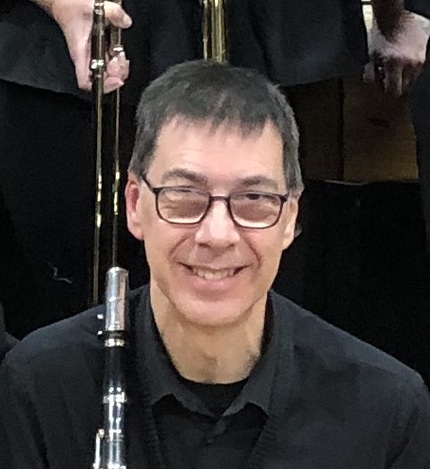 Mike studied clarinet with Paul Orton at Leeds University. He learned to play the sax from scratch in about two weeks when it was required unexpectedly for an orchestral tour, then later got some proper lessons from Paul. His interest in big band music developed after going out on a few gigs with the legendary saxophonist, Dennis Langfield. Mike and Chris Lewis formed MBB in 2001 and Mike was MD from 2004 - 2018. He also plays in the Chandos Symphony Orchestra and is bass clarinettist with the Black Pear Symphonic Winds.