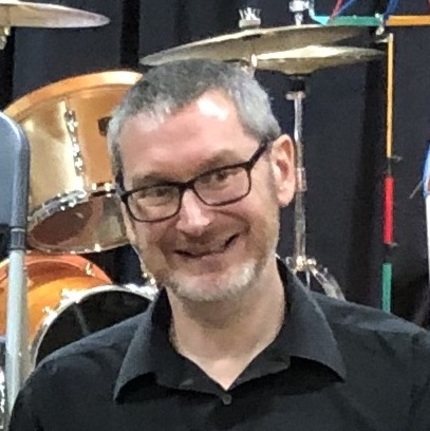 After a lengthy absence from musical activities, Carl joined MBB in 2009, sharing the lead trumpet and soloing duties with Robin Miller. Carl was born and raised in Yorkshire, where, after a brief encounter with brass bands, he joined the Doncaster Youth Jazz Orchestra and became an avid jazz and big band enthusiast. He played trumpet in many groups whilst studying for his Chemistry degree at the University of Oxford, including a memorable 6-year stint with the legendary jump jive band The Honkin' Hepcats, creating mayhem and mischief at venues such as Cork Jazz Festival, Edinburgh festival, 100 Club and live on BBC Radio 2. Now Carl plays mainly for the satisfaction of making great music, citing Snooky Young (lead trumpet) and Clark Terry (improvisation) as two of the main influences on his trumpet playing.